ORGANIZED labor reiterated its call against the rampant contractualization while urging the people to repudiate the “trapos” or traditional politicians and warning them of the rise of the “new right” or neo-fascists during the celebration of the International Labor Day today which is just a few days before the crucial May 9 elections. 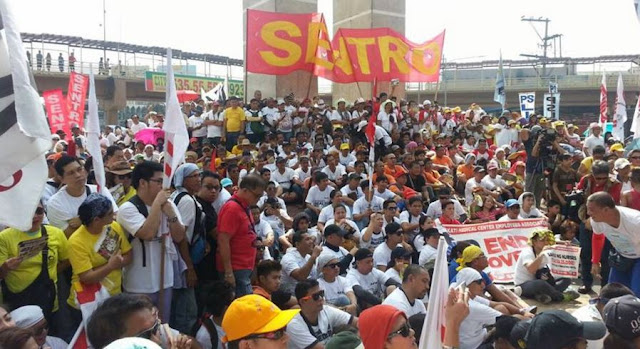 “The already dismal poverty has further been aggravated by the country’s non-inclusive economic ‘growth’ where only the elites have benefited and by the widespread use and abuse of contractual labor, especially ‘end-of-contract’ or ‘endo’ workers,” the national labor center Sentro ng mga Nagkakaisa at Progresibong Manggagawa said in its May Day statement to underscore its “End Endo, End Poverty” call.
Aside from low pays and scarce benefits that burden the vast majority of Filipino workers, a rapidly growing segment of the labor force is being driven to highly exploitative and illegal contractualization or precarious work arrangements, including the “endo” or “5-5-5” scheme, where workers are endlessly hired and fired every five months to prevent them from becoming permanent or regular employees, availing of mandatory bonuses and other benefits and joining a union, Sentro revealed. 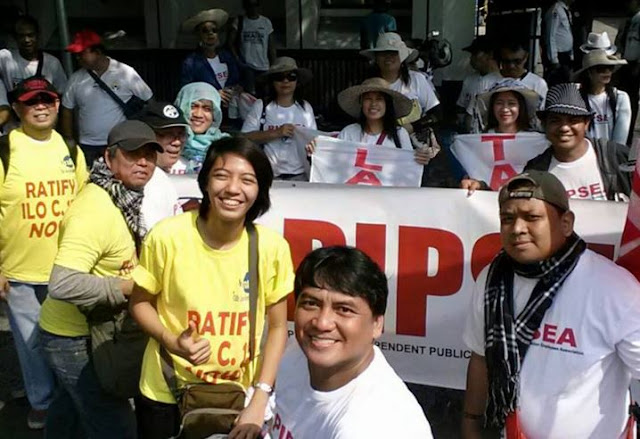 On the eve of next week’s polls, Sentro expressed its concern that while the people’s deep-seated frustration over the ineptness of the government has prodded more voters to rebuff “Aquino clone and neoliberal” Mar Roxas and “barefaced ‘trapo’ and corrupt” Jojo Binay, the citizens are yet forced to choose among the other dubious presidential bets: “unreliable” Miriam Defensor-Santiago, “egocentric and budding ‘trapo’” Grace Poe, and “demagogue and thug” Rodrigo Duterte.

Sentro particularly voiced out its apprehension over the topping in the surveys of Duterte and vice presidential aspirant Ferdinand “Bongbong” Marcos Jr., son and namesake of the notorious late Philippine dictator, who also looted tens of billions of dollars from the country’s coffers. Bongbong has continued to deny and refused to apologize for the wide-scale human rights violations and big-time thievery of the Marcos regime. 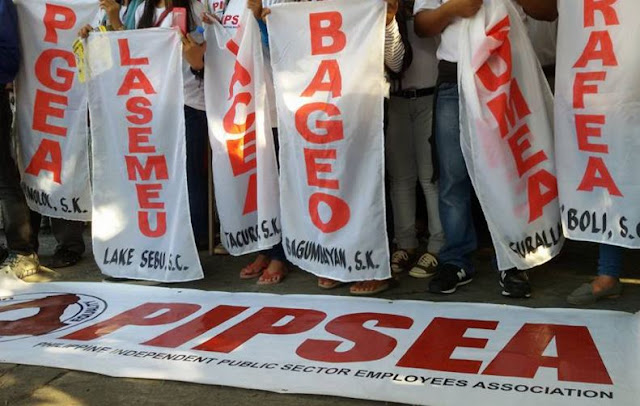 Duterte has ruled Davao City with iron-fist and widely acknowledged as the brains behind the extrajudicial killings there not only of criminals but many innocent people as well. He was recently condemned for his disgusting “joke” on a slain rape victim, sexist and other tactless comments and macho lifestyle. But his self-righteousness and purported “clean” image are now in question with recent allegations of his secret wealth on his undisclosed bank accounts that are said to contain billions of pesos.

“Desperate for change, the voters, especially the rich and the middle class – and even many from the masses – are now opting for supposedly ‘instant solutions’ that is paving the way for the rise of ‘neo-fascists’ like Rodrigo Duterte and Bongbong Marcos,” Sentro said.

Sentro added: “It seems that the people have yet to learn the lesson behind the myth of strong leadership – to paraphrase British political scientist and historian Archie Brown, the huge power amassed by a leader leads to momentous errors at best as well as disaster and massive bloodshed – and looting – at worst. The dark years of martial law should be a grim reminder for all of us.”
However, Sentro admitted that “while we could blame the ruling elites’ ineptitude for the rise of neo-fascism or extreme Right, we at the Left are partly responsible, too. The broad left groups, including in the mass movements and the trade unions, have again failed to get our acts together – reminiscent of the events prior to the rise of Nazism of Adolf Hitler and Fascism of Benito Mussolini. In fact, a major wing of the current Philippine Left is backing Duterte, another for Poe, and yet another is pro-Roxas.”

“Ultimately, real change can only come from conscious and organized people who have powerful labor or trade union movement and other progressive social movements,” Sentro emphatically said.
Sentro does not support any presidential candidate, but has so far formally endorsed Leni Robredo for vice-president, Walden Bello for senator, and the Akbayan party-list. They got Sentro’s endorsement after signing their respective memorandum of agreements with the labor center last March 19, which enjoin them to “jointly and steadfastly promote and pursue (Sentro’s) labor and other social advocacies” specified in the MOAs.

Robredo and Bello joined several thousands of Sentro members from its various affiliate organizations and supporters who observed today’s Labor Day in Manila. They assembled at the Quezon City Welcome Rotunda in the morning and marched to Mendiola, near Malacañang, where a program was held. Other allied organizations present were the Partido ng Manggagawa (PM), National Federation of Labor Unions (Naflu), Ang Nars party-list, and Public Services Labor Independent Confederation (PSlink).

Other Sentro May 1 mobilizations were held in Batangas, Cebu, Davao, General Santos and Cotabato.