SENTRO statement on the 150th birth anniversary of Andres Bonifacio 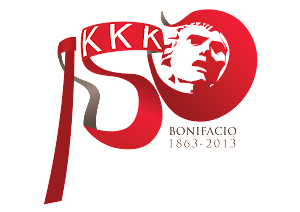 TODAY we celebrate the sesquicentennial birth anniversary of Andres Bonifacio, the founder of the Kataastaasang Kagalanggalangang Katipunan ng mga Anak ng Bayan (Katipunan or KKK), which spearheaded the 1896 Revolution, the first anti-colonial uprising in entire Asia and spawned as well the first republican government in this region.

Katipunan evokes not only national pride but strikes a chord with today’s trade unionists and other social activists. It indeed triggered a “people’s rebellion” as it was widely supported and its vast majority of members and many key leaders, particularly at its early stage, came from the ordinary people. It had also close links with the then early forms of workers’ organizations, the various craft and area guilds or gremios – the proto-unions or precursors of contemporary trade unions. And it has proven that the masses, through their revolutionary movement, had actually governed the country at one point in our history – an inspiring reminder for today’s working class that we have the capability and responsibility to do so again as the elites have repeatedly shown that they are incapable of freeing and unwilling to free the majority from hunger, oppression and ignorance.

Remembering Bonifacio, therefore, conjures up bittersweet emotions as it reminds us both of his heroism and the treasonous tragedy that befall him and the Katipunan: How the emerging native elites hijacked the revolutionary leadership and redirected the course of the revolution against Spanish rule, including their subsequent surrender to and cooptation by the next colonizer, the US imperialism; how they murdered Bonifacio and his brothers in 1897; and how they eventually imposed a revisionist if not distorted version of history to favor the ruling class – which includes denying Bonifacio the right, the legacy and the honor to be designated as the first President of the first Philippine Republic.

More than a century since the 1892 founding of the Katipunan and the 1896 Revolution, the messages of Bonifacio and the Katipunan have continued to be relevant, especially their call for “kapatiran” (brotherhood/sisterhood) or for the people to unite, organize and mobilize to attain “kalayaan” (freedom), “katarungan” (justice) and “pagkakapantay-pantay” (equality). Likewise, “kabutihang-loob” (kindness/concern for others) and “kaginhawahan” (comfort/not living in destitution) were inculcated. In fact, they are not only timeless virtues but persistent demands and aspirations of the citizenry up to this day.

Hence, while formally independent, the Philippines, like all so-called developing nations, is still under the clutches of a “new” economic bondage that benefits merely a few, and perpetrated now through predatory global corporations and exploitative neoliberal programs – unfettered economic and financial liberalization, deregulation and privatization – enforced throughout the world primarily by neoliberal bodies (WTO, IMF-World Bank, regional economic blocs) and governments. Accordingly, despite the much ballyhooed successive “growth” in its gross domestic product (GDP), the Philippine poverty incidence has barely changed if not really worsened, whereas the country’s handful of super-rich has even become richer and more powerful. The neoliberal tentacles extend to the labor front as they institutionalize precarious or contractual jobs notorious for low or unstable wages and benefits, no security of tenure, and excluded from “traditional” unions and CBAs/CNAs – thus, a potent tactic of destroying trade unionism and the overall labor movement.

The call for “kapatiran” is an appeal for us to continue the struggle against neoliberalism (a rehashed type of capitalism), elitism, patriarchy and all forms of injustice. The elites, instead of fostering “pagkakapantay-pantay,” have repeatedly amassed untold wealth for themselves by “legal” and illegal means and trickery – the multibillion-peso pork barrel scam included. “Kaginhawahan” remains elusive amid impoverishment, meager income, skyrocketing costs of basic goods and services (food, education, etc.), joblessness, contractualization, inability to own a decent house, poor government social services, and thus an uncertain future. Providing solidarity to the oppressed demonstrates not only our “kabutihang-loob” but our resolve to secure for all of us a future where genuine “kalayaan” – freedom from poverty and repression – and “katarungan” reign.

Let this momentous event this year further arouse us to heighten our efforts and deepen our commitment in unmasking and fighting the multiple layers of crises currently or routinely exploding across the world – economic, financial, food, energy, and even climate change – that are mainly instigated by the greed for wealth and power, or in particular for bigger corporate profits as personified by neoliberal or capitalist-led globalization, a wicked design that intends to make obsolete even the moderate welfare state and to repeal the historic gains of the socialist and labor movements.

Incidentally, Supertyphoon “Yolanda” (international name: “Haiyan”) will not be the last of its kind because of man’s unrestrained practices – led by the industrial countries’ pollution- or carbon-spewing factories – that poison the water, land and air. This in turn damages the ozone layer that protects the Earth and causes climate change or global warming resulting to volatile and dangerous weather, a phenomenon now accepted by most of the world’s top scientists. Failure to substantially and promptly reduce this carbon footprint – which the industrialized nations stubbornly reject, as shown during the UN Climate Change Conference in Warsaw, Poland last Nov. 11-23 or only a few days after Yolanda battered central Philippines – will mean storms that are stronger, wider in scope and probably longer in duration.

Let us make all the culprits in the said multiple crises accountable as we renew our vows to fight for kalayaan, katarungan and pagkakapantay-pantay.